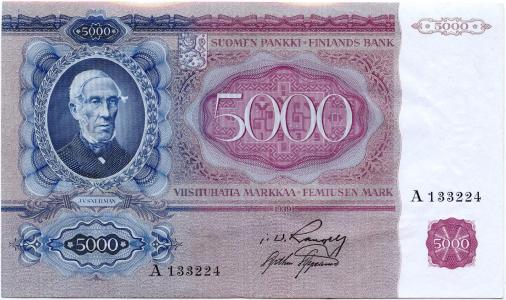 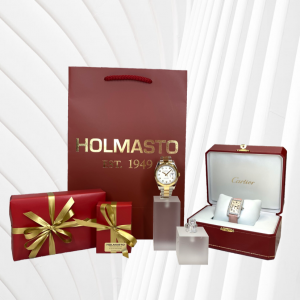 The Holmasto coin shop has been in business now for the last 60 years, and is not only the oldest but also the biggest and most international of its kind in Finland. It is now run by the second generation of the same family, the third one well on its way to learn the business from the start, to be able to take over one day - which is rather unique in this line of business.

Founded 1949 by Thure R. Holmasto, the company, at the the beginning, was no coin shop but, in reality a stationer's. Already then, Thure Holmasto held auctions, and it did not take long before coins also came into the picture. At the tender age of 7, the daughter Caritha Holmasto (now Mrs von Schantz) was already helping out in the shop and at the auctions, running errands and collecting payments from the customers for the cashier. In those days, not only coins were sold at the auctions, also furniture, art, silver, stamps, etc. went under the hammer, and all bids were paid promptly in cash.

By and by, however, the coins began to play a more significant part in the assortment, mainly due to Thure Holmasto's personal collecting interest. He became quite well known for the coin catalogues he frequently issued, a tradition that Holmasto's have followed since 1958, regularly publishing their widely used catalogue of coins, bank notes, medals, etc.

In 1973, the second generation took over. Thure Holmasto retiring, Caritha Holmasto-von Schantz left her work as bank clerk and started running the business. The company now became a true coin shop which, in the numismatic world, also covers the sale of medals, marks of distinction, discs, etc., in addition to coins and bank notes.

Today, the trade with gold - everything ranging between jewellery, gold bars and scrap - represents a considerable part of the Holmasto business activity.

The reshaping of the company also entailed a move the the business centre of Helsinki. The staff grew with Per-Albert Karlsson and Karita Kiviniemi (better known to our numismatic customers as Pelle and Gita) joining the company, now more than 20 years back.

1980 Holmasto's also gobbled up Carita's spouse Christian von Schantz, who left his post as operations manager of the data processing department of Kesko to become managing director of the family enterprise.

With the two sons Sebastian and Casimir, who both now work in the firm, also the third generation has entered the picture.

1966, Holmasto's were first in Finland to start public auctions of coins and medals, at first 1-2 times/year. Growing customer interest and an increasing number of objects have resulted in 4 regular auctions annually arranged. The clientele is very international although the majority, of course, comes from Finland.

The foreign clients come from 41 different countries, a.o. from the U.S.A., the Faroes, Thailand and Vanuatu (an island at 2000 km north of New Zealand). Lately, the number of customers has visibly grown and there are also more young collectors.

At the Holmasto auctions, one curio after another has changed hands. In December 1998, e.g. one of Finland's rarest coins , a 50-penni silver coin from 1876, was sold at the enormous price of FIM 165 000, i.e. the highest amount ever paid for a metal coin used in Finland. The most expensive bank note, again, was a 100-rouble note from the regime of Nicolai II, the so-called rainbow note from 1896, that fetched the price of FIM 200 000.

In 2001 HOLMASTO was apointed antikdealer of the year in Finland.